Karen Laine is a renovation company co-founder and a reality television star known mostly from Good Bones on HGTV. Her company Two Chicks and a Hammer, Inc. specializes on extensive real estate renovations and so called house flipping when you are trying to buy and sell the same property in a short span of time for maximum profit. Karen Laine’s net worth is approximately $1.1 million in 2020. Check out also the wealth of Tamara Day, Mina Starsiak, and Erin Napier.

Karen E Laine was born on October 8th, 1962 in Richmond, Indiana. She was married and divorced several times. From her marriage to an orthopedic surgeon, she has a daughter named Mina. Laine received her law degree at the McKinney School of Law of Indiana University. She pursued a legal career for a while but eventually changed her main focus somewhere completely else.

She and her daughter decided to start their own business. With Mina having a realtor license, they were advantageously positioned to start a successful career in house flipping. They focus mostly on complete makeovers in historic parts of Indianapolis. Those make also for the best show. Which brings us to the TV.

In 2016, HGTV offered Laine and her daughter their own show. Their business was already doing well but this opportunity made them even more rich and way more famous. Good Bones celebrated fourth season in 2019 and next season is already planned. Karen decided to retire from the renovation company Two Chicks and a Hammer in 2020 in order to spend more time with her current husband. But she will remain on the show, working on smaller DIY projects.

According to several sources, Karen was already married and divorced 3 times in the past and currently lives with a husband number four named Roger. She has several kids. But you will see only Mina and her half-brother Tad who is part of the demolition crew.

Even contractor Lenny, who is appearing on the show, is part of a family… Well, in a way. He is an ex husband of Cheryl, who is a new wife of one of Karen’s exes. I hope you didn’t get lost. I almost did.

Karen Laine net worth increases over the last years

While she had a career as a lawyer in the distant past, Laine made way more as a businesswoman. When she decided to start her own business, it was a risky move but she ultimately increased her net worth and also got to spent a lot of time with her family instead of being locked up in a office with strangers.

In 2008, Two Chicks and a Hammer were born and the company made a really positive impact in the neighborhood. So it is not all about money. Laine’s salary per episode of Good Bones isn’t publicly disclosed but we bet it is a nice sum and we can’t wait for season five. 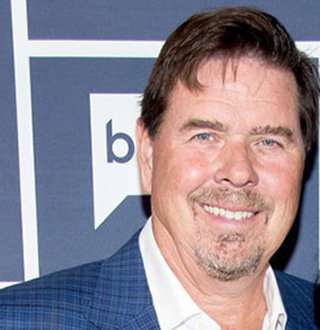