You may never heard about Tim Burton but if you are into supercar videos on YouTube, you most likely know Shmee150. Tim Burton is his real name. This guy created extremely popular YouTube channel that recently surpassed 2 million subscribers. That is a lot, especially in such a profitable niche. Shmee150’s net worth is approximately $2.5 million as of 2020.

Bio and rise to fame

Tim was born September 17, 1987 in United Kingdom. Unlike many other YouTubers, he had a diverse and successful career prior to becoming a vlogger. Burton owned electronics store in London, UK. He eventually so he could relocate to New Zealand and become a ski instructor. Later on, he came back to United Kingdom and started a career as a investment consultant. So he wasn’t poor or inexperienced by any means.

One day, he noticed two rare supercars on the street, Ferrari 458 Italia and Lamborghini Murcielago LP670-4 Superveloce. He filmed a short video of those and posted it on YouTube. This started incredible success of Shmee150 channel. When the whole thing so unexpectedly took off, Tim decided to leave his job and make money solely from online advertisement on his YouTube channel, adding on average a new video every day.

Shmee150 is keeping his personal life private. He does have a beautiful girlfriend whom he calls simply MsShmee150. They have no children and live together in an apartment in London, UK. Occasionally, they are staying in another property in Germany. Tim travels frequently, to cover exclusive car shows for his vlog but we bet his girlfriend doesn’t mind this lifestyle.

Shmee150 net worth increases over the last years

Tim was a pretty successful guy prior to his vlogging career but Shmee150 channel turned him rich and famous. He monetizes the videos and keeps bringing his fans fresh dose of sportscars each day. They reward him with steady viewership.

Some of his videos are doing better than others. Among the most popular ones are Aventador Crash with 25 million views and Lamborghini Sesto Elemento £2.3m Hypercar with 11 million views. Profits from his posts enabled Tim to buy some expensive rides for himself Which brings us to his garage.

His current car collection is really impressive. He shared a video of all of his rides together recently. He calls them Shmeemobiles and takes a really good care of them. When he doesn’t plan on using them for some time, he even parks them on tire cushions!

As of 2020, Burton owns for example Ford GT in liquid red with Alan Mann racing gold stripes, blue McLaren Senna, blue Mercedes-AMG G63, and many more rare and desirable supercars. This man is a Jay Leno in making…. he might need a bigger garage soon.

From time to time, Shmee150 sells some of his vehicles. He no longer owns Audi S5 Convertible, Aston Martin Vanquish Volante, Ferrari FF. He sold many other cars for different reasons but keeps his favorites. He also shares with his fans what he plans to buy next. 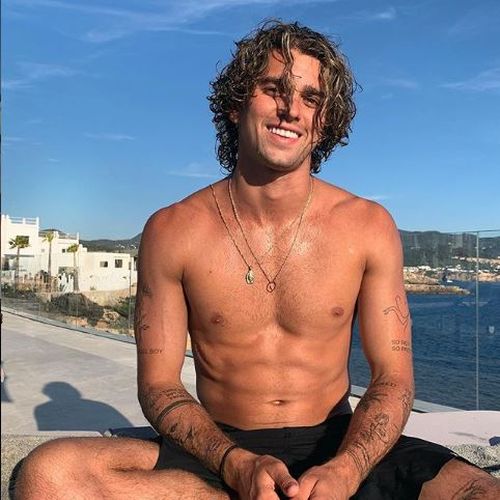