Tanner Fox is famous YouTuber known mainly for his vlog. His self-titled channel accumulated over 10 million subscribers. In addition to that, Fox has also growing Instagram with more than 4 million followers. His name received even more recognition through his musical video Tanner Fox – We Do It Best (Official Music Video) feat. Dylan Matthew & Taylor Alesia. This video got viral and Tanner collected almost 58 million views for this video already. As of 2020, Tanner Fox’s total net worth is approximately $3.4 million. Check out also the wealth of Taylor Alesia, Roman Atwood, and Yousef Erakat.

Tanner published his first video in 2011. He is a professional stunt scooter rider and he is using his skills in his YouTube channel to attract more similarly spirited people. Tanner mad many viral videos during his time on YouTube. One of the most popular is GIRLFRIEND REACTS TO LAMBORGHINI LAUNCH! This video included his now ex-girlfriend Taylor Alesia. So far the video, brought him almost 24 million views.

Tanner Fox was born in December, 1999. He was raised in San Diego, California. Fox grew upon along with his parents and his sister Lindsay. He was dating in the past a hot Instagram star Taylor Alesia. Taylor became famous through her relationship with Tanner. Eventually, the couple decided to part their ways and Tanner has a new girlfriend Avalon Nadfalusi.

Avalon is famous Instagram celebrity and bikini model. Tanner and Avalon seems to hit it off. In the present, Tanner Fox resides in a luxurious manor alongside fellow YouTube creators such as Maverick (Monstermav) or Jordan Beau. He also posted post on Instagram claiming to give a car to his maid. It seems to be a new Honda CR-V. Not too shabby.

Recently, Tanner posted picture with caption “If you need us, we’ll be here” where him and Avalon were all cozy with each other on the couch. Tanner likes to provide nice cars to his family. Recently, he bought a new BMW. According to his own words, this means that the whole family has one. Tanner is really into luxurious cars and he is showing them on Instagram frequently.

Tanner Fox net worth increases over the last years

Tanner Fox made fortune through his YouTube vlogging channel and so he doesn’t need regular salary. He increased his net worth even further through his Instagram account where he is paid for sponsorships and endorsement deals.

His YouTube channel with 10 million subscribers, makes Tanner one of the most famous YouTubers in 2020. He is definitely enjoying his financial freedom and supports his family anyway he can. He is enjoying buying fancy and fast cars for himself and his closest. 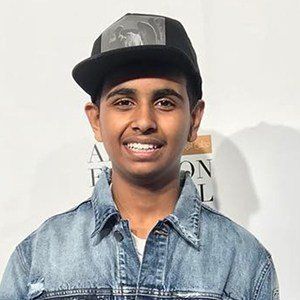