Paige DeSorbo is an entrepreneur, TV host, and comedian who gained recognition through starring in the reality TV show Summer House. She joined the main cast for the 3rd and 4th season. She is also part of the giggly.squad on Instagram. In 2020, Paige DeSorbo’s total net worth is estimated to be around $1.1 million. Check out also how wealthy her colleagues Carl Radke, Amanda Batula, and Hannah Berner are.

Paige DeSorbo graduated from The College of Saint Rose, where she received her degree in broadcast journalism. Paige became popular when she decided to join summer in the Hamptons with the rest of the cast of Summer House.

Paige has been always drawn to fashion and she created a website where she gives fashion style advice to people. Paige promotes herself on the Instagram account which accumulated almost 300 thousand followers. On top of that, Paige joined giggly.squad on Instagram alongside with Hannah.

Paige has been dating co-star Carl Radke on the third season of Summer House. However, the couple didn’t make it in the real life. In September 2019, Paige started dating Perry Rahbar, JP Morgan’s managing director and a founder of company called dv01. DeSorbo posted a picture on her Instagram account with title “Feeling cute might keep him”.

Many fans were judging Paige for not bringing her boyfriend to the Summer House, but DeSorbo simply stated that the couple is at different stages of life, even though they’re of similar age. She can’t imagine seeing him drinking with them late at night. In one of the Bravo’s interviews, Paige shows her boyfriend’s outdoor patio, where she seems to hangout a lot. She was matching the simple white metal garden furniture with her white robe, white towel on her head, which she complemented with black edgy sunglasses.

Although she was asked many times for the look of her place, she said that her place is not that impressive because she is living only in studio apartment in NYC. It looks like Paige is in serious relationship and things are going great between them.

Paige DeSorbo net worth increases over the last years

Part of Paige DeSorbo’s income originates from her appearance in the reality show Summer House. She has also impressive amount of followers on her Instagram , where she expresses her fashion style. She is part of the Instagram’s giggly.squad that goes live every evening.

To increase her net worth even further, Paige created podcast Outfitdeets. On top of that, DeSorbo offers her style advices to customers on her website. She is currently living lavish lifestyle, that she can afford thanks to her massive wealth. She is also currently dating investor Perry Rahbar who is an affluent fellow himself. 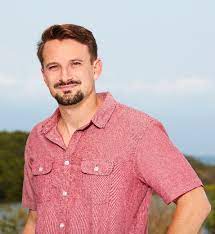