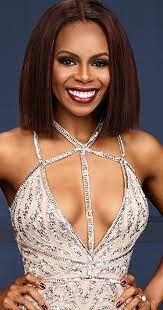 Candiace Dillard is accomplished and gorgeous pageant, business women, and reality star. She is best known for her appearance in The Real Housewives of Potomac. Candiace joined the Bravo’s reality show in its 3rd season and remained a part of the main cast ever since. Dillard also brought in incredible 126 thousand followers to her Instagram page. As of 2020, Candiace Dillard’s current net worth is around $4.5 million. Check out also the wealth of Emily Simpson, Amanda Batula, and Braunwyn Windham-Burke.

Candiace Dillard studied at Howard University, where she received her college degree. Candice gained some political experience in the White House after graduating. She was working in the Offices of Public Engagement and Intergovernmental Affairs there. That was under the President Barack Obama administration.

After gaining some experience, Dillard decided to help with President Obama’s 2012 reelection campaign. Dillard also became Miss US in 2013. She has been into pageants all her live and brought home many awards. As a result, Candiace also works as consultant at the Candiace Dillard Pageant Consulting.

She founded this consultant company to help new generations of pageant contestants. To further her career as business women even further, Dillard own portion of the Prima Hair Collection by Candiace Dillard, as well as Chateau Salon Suites.

Aside from all the wealth that Candiace amassed, she also became part of the main crew on the Bravo’s reality show The Real Housewives of Potomac. This put Dillard even more in the spotlight and brought her many fans on her social media accounts.

Candice Dillard was born in Mississippi but she was raised in Atlanta, Georgia. Her parents worked as doctors for the Air Force. Candice also has a brother Chris and a sister Crystal. She is married to a restaurateur Chris Bassett.

The couple married on August 11, 2018. Candice always wanted a big wedding. So she decided to incorporate both of her homes and make a classy and southern wedding. Candiace’s husband asked her to marry him on Myron Mixon’s Pitmaster BBQ in May,2017 in front of 100 people, including their family and friends.

Candice started planning the wedding soon after her engagement took place. Dillard chose Strawberry Milk Events to plan her wedding plan according to her vision. Music and entertainment were the main focus of the wedding, considering Candiace’s background in music and Chris working as a restaurateur.

The wedding venue took place at the Andrew W. Mellon Auditorium. Candice also wanted to have a real special dress. She decided to contact Karen Sabag Couture to make her own lavish wedding gown. The skirt of her wedding dress was made from luxurious pearl cream silk organza. To add some flair, it also included hand-sewn Swarovski crystals. The wedding dress was complemented with French bows at the shoulders. Candice definitely got her dream wedding and encourages women to not settle for a dress if it’s not perfect.

Candiace Dillard net worth changes over the years

Candiace Dillard is accumulating her net worth ever since she graduated college. She had a political experience, became Miss US in 2013 and has many business endeavors.

However in recent years, Candiace’s main source of income comes from the Bravo’s reality show The Real Housewives of Potomac. She joined the show since its third season and became fast favorite on the show. Candice was raised by successful parents. As a result, Candice is a driven woman who knows what she wants and works hard to achieve it. 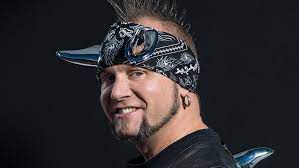