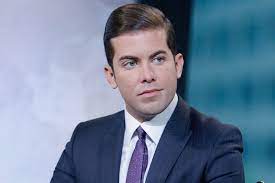 As one of the main figures in the reality television series Million Dollar Listing New York, Luis D. Ortiz gained a lot of popularity. This luxury real estate broker is one of the most successful agents in the New York City. He works at Douglas Elliman where he started his own group called Ortiz & Co. As of 2020, Luis D. Ortiz net worth is $15,500,000 as reported by several online sources. Check you also the wealth of similar celebrities, such as Steve Gold, Tyler Whitman, and Edwin Arroyave.

Luis was born November 13, 1986 in Guaynabo, Puerto Rico but as a teenager, he joined his twin brother and they moved together to Florida. This bold move was a beginning of Ortiz’s path to American dream. In 2006, Luis relocated to NYC and started studying film making at the New York Film Academy. He devoted himself to movies for some time after leaving the Academy but failed to achieve a bigger success in this field.

His first exposure to real estate business happened through selling rental units. Slowly, he made a name for himself and focused on more prestigious properties like large apartments in good neighborhoods. Throughout his career, Luis Ortiz worked for example for Keller Williams Realty and Synergy and Prodigy Network.

In the past, Ortiz faced criticism for using “bait and swith” tactic with some of his listings. One of his listings was even investigated by New York State Department of State (regulator for this industry), since the photos weren’t of the actual apartment being listed. Eventualy, Luis took it as a learning lesson and moved on.

In 2013, Ortiz joined the reality TV show Million Dollar Listing New York in it’s second season. After brief break, he returned as a main cast member for season eight. When he wasn’t on the show, Luis temporarily quit his all activities as a realtor and focused on personal life and other ventures. Luis D Ortiz net worth allowed him for a longer break but her eventually returned to his main expertise.

After he left the show, Luis met beautiful Nikita Singh and they started dating. She even gave birth to their daughter named Leela in early 2019. Although the romantic relationship didn’t last and Luis and Nikita are still functioning as a family for the sake of their baby. They even considered relocating back to Puerto Rico. So far, they are going there for vacation couple times every year.

Not only is he selling high-end real estate, Ortiz is also enjoying the perks of upscale living himself. In the past, he resided for example in Battery Park City (overlooking the Statue of Liberty) and Abington House. As of 2020, Ortiz is living in new construction in midtown.

Luis D Ortiz net worth increases over the last years

Bravo TV started this extremely successful series back in 2012. First two real estate agents Fredrik Eklund and Ryan Serhant are still with a show today. But other realtor joined and left throughout the years. Since the first season, MDLNY has been frequently surpassing 1 million viewers per episode. It managed to maintain it’s popularity to the end of 2017. But the subsequent season 8 saw some decline in viewership.

Hopefully, the downtrend will be reverted in 2020. But some of it might be the result of way more options on today’s TV screen. Even this show added some spin-offs, namely for housing markets in Los Angeles, Miami, and San Francisco.